Abstract:
This article presents an assessment of regional trends in the development of Russian-American relations on the example of the European security system. The peculiarities of the confrontation between Russia and the USA, studied on the example of the NATO countries, the reasons for the differences of the two states are considered. In the course of the study, conclusions were drawn about the need to differentiate relations between Russia and the USA and Russia and the EU in the field of European security. General recommendations were developed for Russia to strengthen cooperation with the EU countries, due to the need to achieve a balance of interests in the political arena and increase global security. 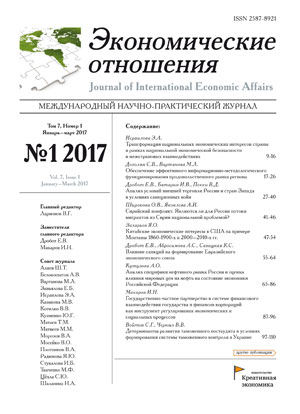