Abstract:
The article considers the trends in salaries and housing prices in relation to in- or out-migration from the administrative centers of the Ural Federal District: Yekaterinburg, Chelyabinsk, Tyumen, Kurgan, Khanty-Mansiysk and Salekhard. We chose those particular cities because they are located approximately at the same distances from the western and eastern parts of the country, but at the same time they are different in size, level of economic development and migration intensity. The theoretical basis was the theory of local labor markets. The study was conducted on the basis of a comparison of time series for 20002017, using open data from Rosstat. Comparing the dynamics of nominal and real salaries, current and deflated housing prices and migration growth rates in the cities, we came to the conclusion that one of the main assumptions of the theory of local labor markets, which is that higher wages attract migrants what rises local housing prices, in our case-cities is rather fulfilled. 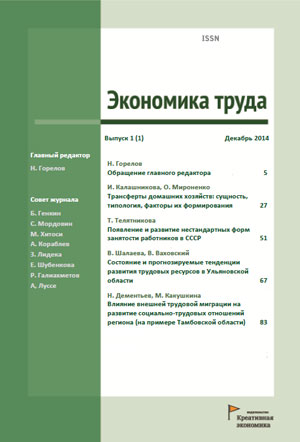