Skip to content
Abstract:
Mikhail Lomonosov said: “Russian power will grow in Siberia and the Northern ocean and will reach the main European settlements in Asia and America.“ Indeed, this territory was one of the last to be annexed to the Russian Federation and inhabited by peasants, workers, volunteers from the wealthy estates. That is, the main instrument of settlement was the migration of the population from other regions. However, since the 1990s, the population has been steadily declining. According to Rosstat, in 2018, more than 155 thousand people left the Far East. At the moment, the Far Eastern region of Russia is a unique territory for a number of social, economic and geopolitical indicators. Currently, the economic and political interests of the state are aimed at the economic and political development of the Far East and close cooperation with the countries of the Asia-Pacific region.
In this article, the author made an attempt to analyze the possible causes of the outflow of population from the region and propose solutions to existing problems. In 2018, the author conducted the study aimed at finding out the causes of migration from the region. Residents of the Far East were interviewed and the main possible reasons for the mass outflow of population from the Far East were identified. 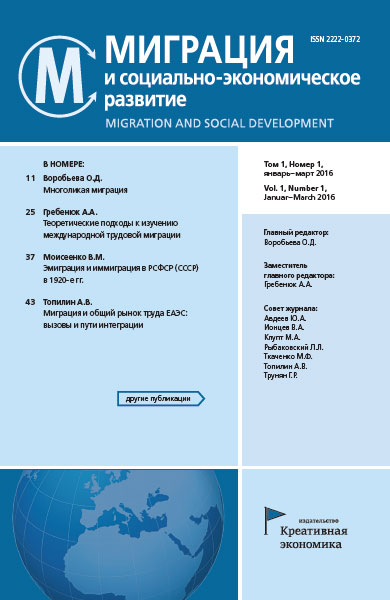